The man, the maverick, the maven. Mr. Mashburn has been a consistent role model in my life. Proud to have him as my first pick for the series.

More recently, words like “gentleman” and “true manliness” have slowly ventured into the void. Similar to penmanship, the art of gentility continues to head towards extinction.

(Gives me the chills. It’s a very disheartening matter-of-fact.)

Today’s take on chivalry mainly integrates a shallow view of masculinity: sleek hairlines, tailored suites, and old fashioned drinks -among other things. The problem isn’t the facade…it’s the lack of personality injected into the whole “package” (you know, the non-tangible stuff).

“Magnify the upright. Those unseen qualities dwelling within. That’s the real bread winner. Character is invaluable.”

Additionally, society says we (aka guys) are pigs, sexist and total airheads. Not all men are jerks, you know.

Good guys still exist. Those who:

As consumers of media, we’ve painted the male race in a pessimistic light.

I get it, there’s a lot of home-wreckers who give us a bad rep, but this series proves one simple premise: the universe still holds a handful of gem-worthy gents containing cleanliness, courtesy, and courage.

Don’t give up on us, ladies.

I want to showcase an array of men in the creative industry who strike a cord with my values and outlook on life.

Those cheerful chaps who sprinkle humility and mindfulness in a sea of cocky egotistical men, while adding a soft-side to the “alpha-jerk” persona the media compulsively promotes.

So cheers to a new series filled with good style, great minds and gallant guys. Handsome inside and out. 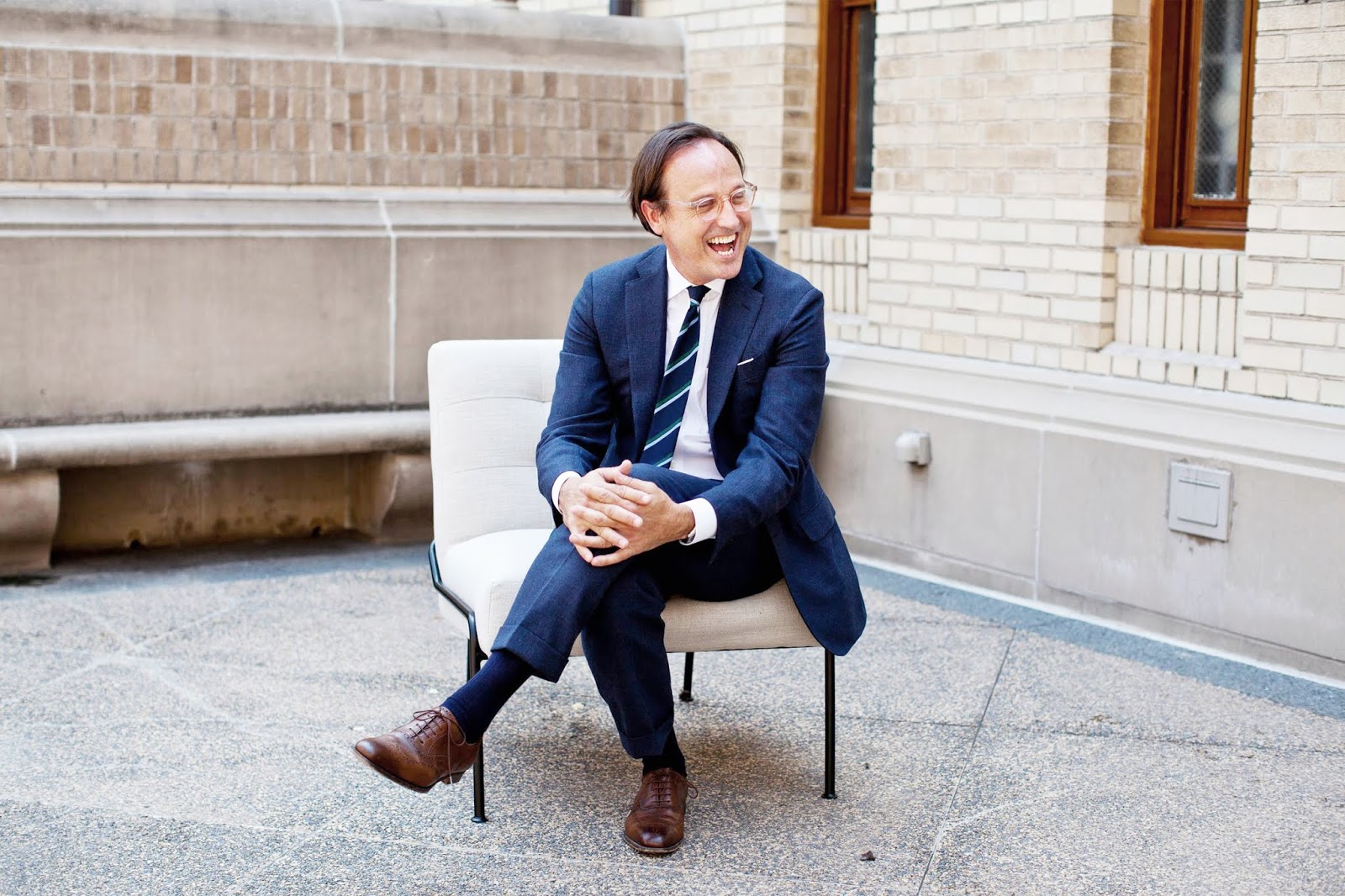 Sid Mashburn, in my humble opinion, is the perfect example of what the world needs more of.

But here’s what a lot of people overlook: he acquires a unique take on menswear, and overall brand aesthetic, mixing hints of quirk with classic pieces. He’s great at marketing his products with fanciful imagery (think sketched icons and word play). Mashburn isn’t afraid to mix tortoiseshell with a green tweed blazer, all while keeping his look understated amongst a crowd of semi-formal dudes.

And speaking of quirk….let’s talk about his store’s interior design.

The Sid Mishburn store is not your typical macho clothing store. The physical appearance doesn’t necessarily give off a corny, cliche look; rather, a refreshing perspective from a man’s creative imagination.

One of my favorite quotes from Mr. Mashburn was a bold statement from an interview, implying he’s in it for the “hospitality business.” To him (and his wife, Ann, who owns the women’s side of the store), friendliness and a sense of belonging is just as important as the quality of each product.

Both of them take experience seriously, paying close attention to the store’s music and associates. Once you walk in the store, you’re immediately offered a drink. Essentially, their stores feel like home.

“The currency of encouragement spends longer than the cash.”
-Sid Mashburn

I admire his take on humility, as well as honor, hopefulness and helpfulness. Mashburn has established a one-of-a-kind atmosphere, wherein associates have a balance of confidence, friendliness, and humility to them.

Lastly, Mr. Mashburn inspired my decision to tackle the menswear industry as a man of faith. While he doesn’t necessarily shove the word down people’s throats, his core values and overall presence speaks for itself. I love that he spends his morning devotions with his wife. I also respect his decision to close the store on Sundays.

Despite the brand’s popularity nationwide, Sid & Ann Mashburn has managed to consistently project a local perspective. He’s not in it for the money primarily; rather, giving customers well-fitted clothing made with love and attention.

all the brotherly love,