Sometimes life needs a little tango with reality, and a temporary breakup from technology. 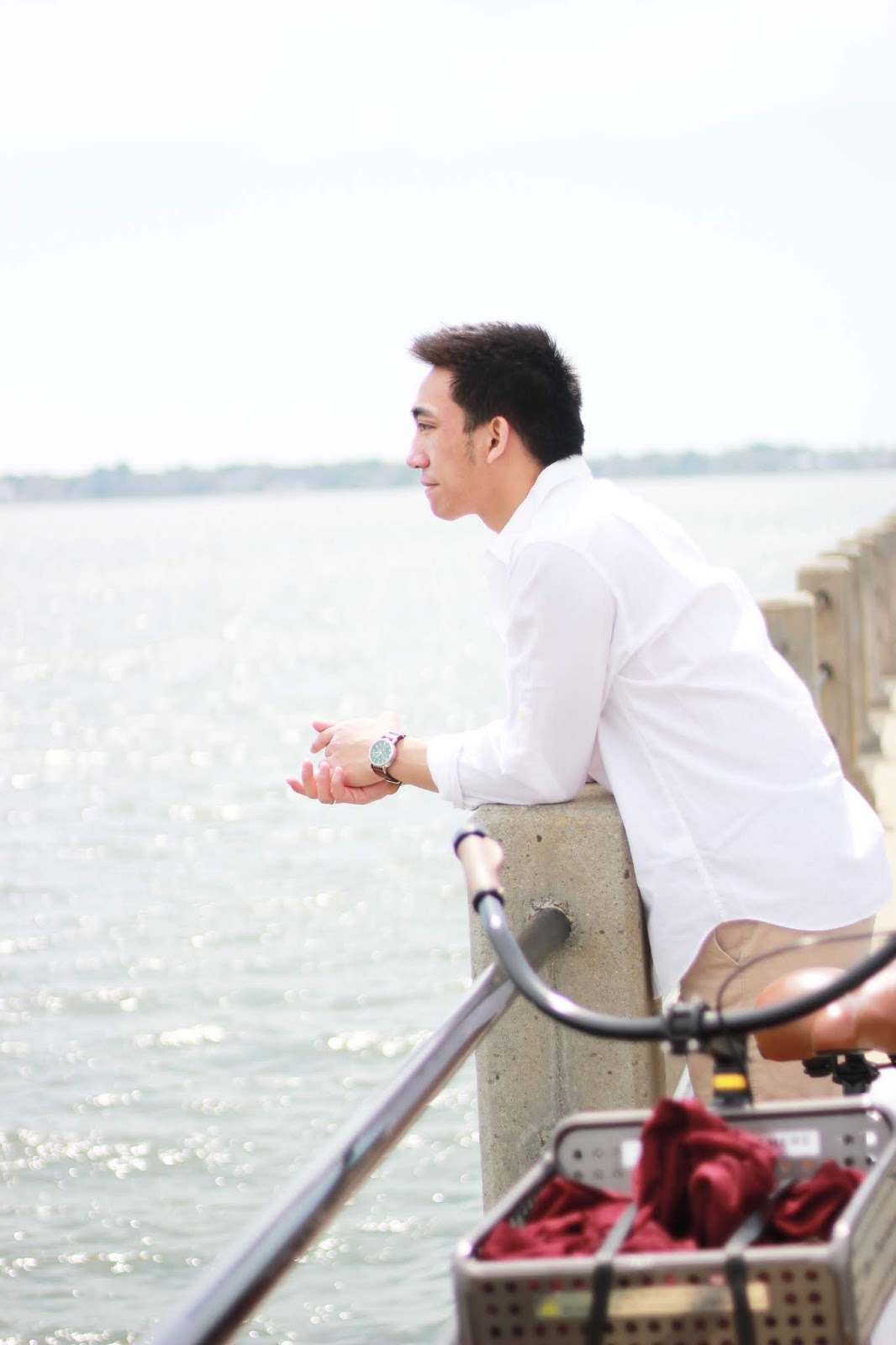 Hibernating from cyberspace was très nécessaire. What used to be a place of innocence and passion became a drooling den for likes, monetary income, and relevance.

Essentially, I was losing my creative spark. That personal aesthetic I loved from my site/feed. I was also creating unnecessary pressure on myself, given the over-the-top photos, sponsored-driven accounts, and “number game” within the influencer industry.

Macro-bloggers and micro-bloggers sat in different tables. It was downright petty and cliquey, and I wasn’t about to throw myself to the wolves.

….but then I became a wolf. And for a minute I felt cool interacting with the cool crowd.  on the flip-side I realized my entire outlook and purpose shifted negatively, while my life turned superficial, surrounded by materialistic maniacs.

I was drunk on “likes” and “follows” and “almond milk everything.” My creative cathedral turned into a colossal corporation. And things became tasks. Thus, resentment was born.

A full season of void, eventually filled by faith.

Stepping out of the spotlight salvaged my identity in Christ, and relevance within the inner circles of my life. I had the opportunity to recharge, rewind, and reset the mind from toxic thoughts cluttering the cerebrum.

Similar to a two-week yoga retreat, I left feeling restored.

There, I said it. Time to rip this giant, ugly band-aid off.

Disappearing from the internet was by far the best decision i’ve made since becoming a fully-fledged adult. The feeling of sincere quietness away from the world’s superficial system and constant connection (despite the irony) made a colossal difference in my psyche.

My readership dropped, the instagram engagement suffered. But hey…life goes on. Like they say, “you win some, you lose some.”

Success isn’t based by perceived outward notions; rather, our quality of living behind closed doors. 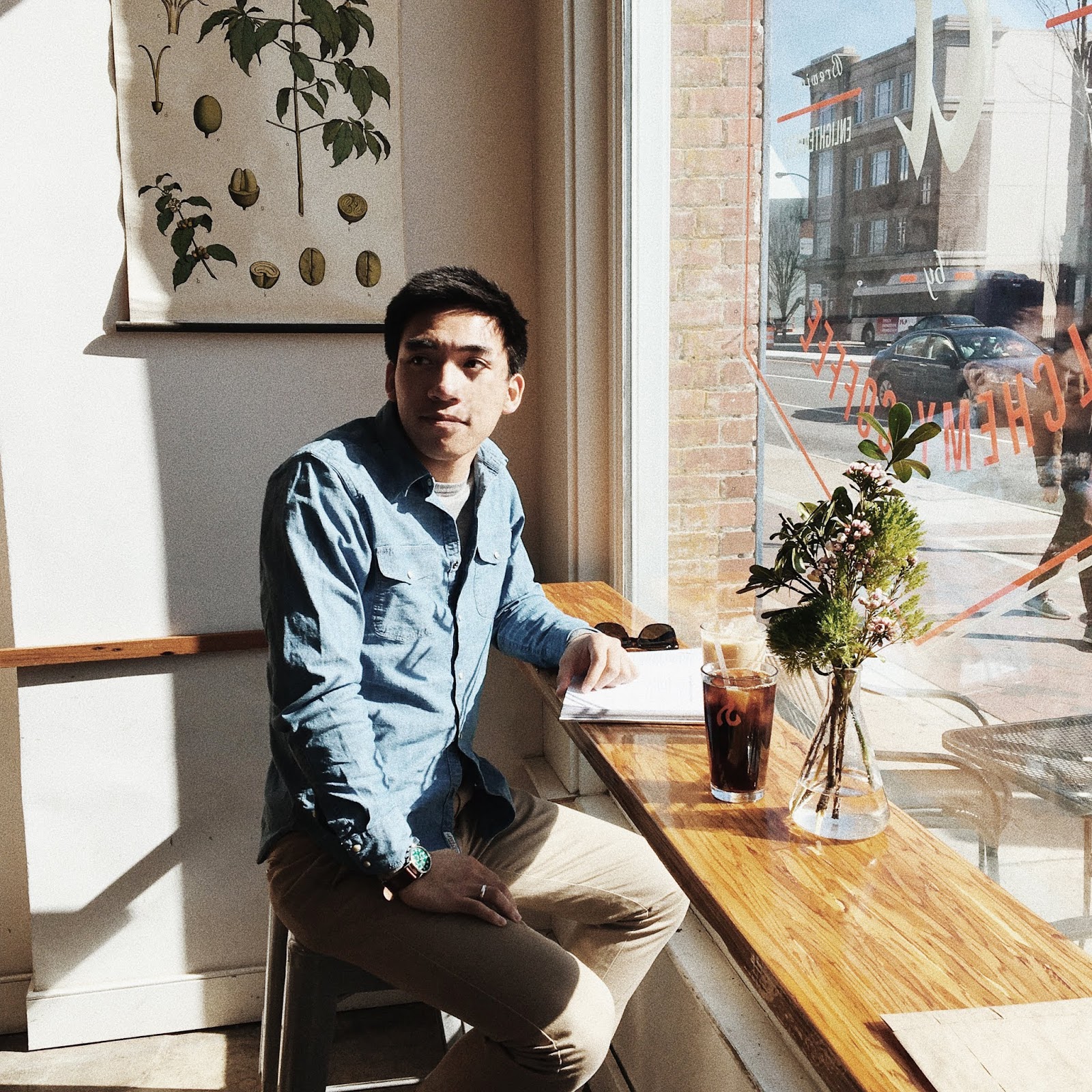 Social media became a tumor that won’t stop growing. The longer I spent scrolling on instagram, the quicker I became a hypersensitive “Ken Doll” brimming with insecurity.

It was my reality. I made it my reality. A filtered fantasyland, barely scratching the surface of living. Every single moment required an aesthetic touch. Everyday was a photoshoot. I compared every bit of content against other creatives in the industry.

My charisma plateaued. The character charade turned stale. I saw my quirks fading by the day, and lo and behold, a Ken doll was born. I created a perfect monster. ME.

My creativity diminished into a preset filter. Everything I made was fully inspired by the “social media reality” i’ve conformed into. I began resenting the internet, given the unnecessary pressure looming on the reg.

…and speaking of preaching, instagram in particular has gotten pretty shallow lately, no? So many influencers selling their souls in exchange for attention/exposure, inauthentic comments like “cool shoes,” and over-the-top photos that clearly don’t resonate with normal people.

I mean, leave that for Hollywood for crying out loud.

What used to be a place of comfort and pure inspiration away from the real world became its own little world. A world corrupted by contempt and high quality fake-ness. Instagram today is less engaging, less fulfilling, and less original (like a cute Carly Rae Jepsen song).

Everyone looks the same, donning their Gucci belts and striped bowling shirts from TOPMAN, topped with a cinematic backdrop and an artsy photographer snapping their every move. Everything’s vegan, sponsored, and so forth and so on.

And for the record, I’m finally realizing a majority of today’s influencers aren’t so #relatable anymore. Which sucks, a lot.

Watching all this unfold 24/7 led to a bad case of an identity crisis.

I lost myself. Swimming in a sea of influencers living their best, basic lives.

Don’t get me wrong, I follow a handful of well-deserving creatives who make soul-punching content, seasoned with vulnerability. Sadly they come in teeny tiny batches (I literally scoured the platform.) The “basics” have officially taken over the instagram explore page.

I created an island away from friends and families, given this absurd imaginary world I built inside the noggin. There was a disconnect, which is ironic given that influencers “influence” people. Instead, I became desensitized towards normal living.

Losing myself was never the end goal, but here I was, crying on the floor, miserable by the sheer delusion of the internet world.

I felt like a native bird, exiled from my dwelling place due to construction. A beautiful innocent forest turned into a luxury metropolis. And here’s were I make my case.

Throughout the detox, I stopped posting, scrolling -HECK, I didn’t even consider touching the laptop.

I had to recreate a sustainable reality that was right for me. Leaving social media brought back the quirks I once possessed (like skipping through bookstores and smelling the flowers). Detaching also brought back my personal creativity and purpose: inspiring men to live a fancifully dapper lifestyle.

On a grumpy note, I received a handful of hate, followed by a tundra of unfollows, simply because people can’t splatter a label on my personal brand any longer.

HOWEVER -on a not-so-grumpy note, my truest of fans stuck around. They saw potential in me and saw a glimmer of difference despite the constant change bleeding throughout my feed. My current batch of followers ARE the real deal. You know who you are 😉!

“We’re made with wit and weirdness. I regained this child-like wonder once I shut the formulated aspirations of the world.”

It took a season of self-reflection to understand the secret sauce to social media happiness: loving the haters and start sharing the uncomfortable, offbeat side of myself.

That soul-punching, head-tilting reaction that stirs a neutral-yet-progressive afterthought. Showing off your quirks lets people know they’re normal too.

Isn’t that how the influencer/blogger industry started? Sharing the day to day oddities and personal styles relating to the average jane or joe?

Sadly, the industry is fixed more on monetizing, less on relating. So I had to step back, disappear, and work on being comfortable with myself no matter what society says.

After all, we’re all weird -some of us just choose to float on the shallow side of the pool where people swimmingly do things safely. And by safely, I mean going through the motions of comfortability.

Life without its challenges can be a booooooring thing. No thanks.

Traveling alone with zero connection granted new perspectives, while disciplining the fingers not to capture content taught the soul how to savor things slowly and stay in the moment. It gave me the space to know what I like and dislike.

It finally dawned on me that i’m human first, and creative second. Self-care had to happen. even if it takes quitting social media for months.

You make the best content when the mind is clear and sane. Unfortunately, my previous state was the polar opposite.

The span between then (May 2018) and now (February 2019) became an emotional-yet-therapeutic turning point of sorts. My existence/purpose has been liberated, as opposed to the finicky, frazzled beast that I was earlier last year.

Letting go of the toxic air I was metaphorically breathing online paved way for fresh innocent air to blow through.

There’s something beautiful about walking away from something you’re numbly comfortable with, whether that be a long-time frenemy, fast food addiction, unethical work place, etc.

Throughout the journey I learned about myself once again. The story of ME without the filtered lens of the web. I’m coming back to the blog and instagram with a firm foundation of who I am and a courageous view of my lifestyle.

In order to succeed in life, we gotta purge the outward forces muddling our personal space. The things that question our existence/self-worth. We also have to get our acts together. Ever heard of self-care?

Ditching social media (or the phone completely) is an form of self-care. It lets the brain declutter unnecessary crap and gives us the opportunity to shift perspectives.

For one, i’m less stressed, which led to a major decline in the pimple department. And two, i’m learning so much about myself physically, spiritually, and everything in-between.

But above all else, creativity is resurfacing, beyond the “motivational mainstream madness,” that is pinterest and instagram.

Just like a football, we must hit the bench once in a while. We’ll never reach our peak if we constantly run around the field without planning and practice.

Alrighty, that’s all I have. Ian out!

all the brotherly love,